The Internet and the Remote Control Renaissance 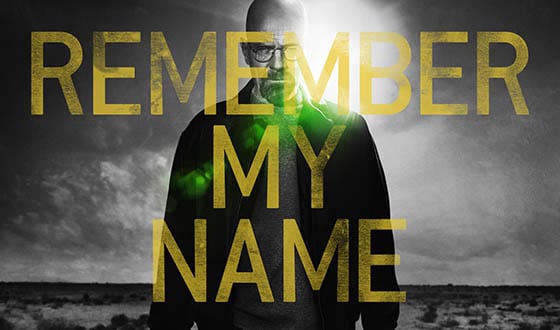 As the screen smash-cut to black in The Sopranos series finale, the levees that kept television creativity in a state of flux for far too long were finally breached, and a Golden Era of original programming was ushered in. Along with HBO shows Oz and The Wire, The Sopranos hailed the arrival of the anti-hero, the resurgence of intelligent story-arcs and plot-lines, and reinforced the network ramparts from the scourge of reality television and laugh-track sitcoms that threatened to reduce our brains to porridge.

As these series reached their respective conclusions, a vacuum was created, and the second wave of this revival – namely Mad Men, Boardwalk Empire and Breaking Bad – adroitly filled the gap, and have been setting the standard ever since.

Breaking Bad will come to its (presumably violent) end this Sunday, capping its five season run and taking its place in the conversation among the best shows ever produced. But Breaking Bad’s ascension to cultural phenomenon was not immediate – far from, in fact. As is the case with several of the acclaimed series of the last decade, there are certain growing pains at their inception, a few of which threaten their potential longevity. Thankfully, outlets such as Netflix, Hulu + and viral social media dialogue provided a panacea for many of these initial maladies, and ensured that these programs made it to their finales.

“I think Netflix kept us on the air,” said Vince Gilligan, Breaking Bad showrunner and evil-genius, during his Emmy acceptance speech for Best Drama. “Not only are we standing up here (with the Emmy), I don’t think our show would have even lasted beyond season two…It’s a new era in television, and we’ve been very fortunate to reap the benefits.”

Streaming, on-demand video permits audiences to watch at their convenience, and in the case of Breaking Bad binge-viewing, allowed for viewership to catch-up to the hype and critical praise that began circulating in 2008. Unlike The Sopranos which relied solely on Nielsen ratings to keep it afloat, Breaking Bad and other cable-network shows have had the benefit of Netflix to supplement its numbers, and maintain the suits’ confidence in its ability to eventually succeed: and American audiences are grateful.

With Vince Gilligan’s creation coming to a close, the viewing public will search for programming that even nears the quality of the tale told in Breaking Bad. But if the Golden Era of TV has taught us anything, it’s that there is an imaginative story out there, and with the aid of streaming Internet services, the revolution will be continue to be televised.