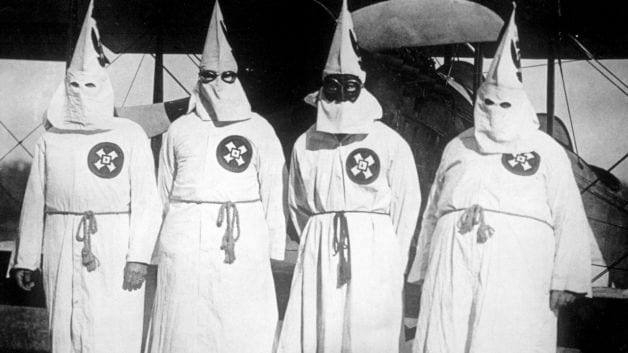 And now for something out of the ‘I can’t believe this is still an issue in 2013’ section of our blog, we’re going to discuss some local absurdity. In what’s been making the national news rounds, a high school out of Jacksonville, Florida is outright refusing to change their name amidst public outcry and a petition that has garnered over 75,000 signatures.

Why are people up in arms about this school’s name? Because its namesake is derived from the first Grand Dragon of the Ku Klux Klan. You read that right: a local learning institution has bared the name of a founding member of the KKK since the early fifties.

Florida, you never cease to amaze me.

The mere fact that this is even up for debate in the 21st century blows my mind. Nathan Bedford Forrest High School was founded and named by the Daughters of the Confederacy in 1959. At the time, the school was whites-only, but now boasts a student-body that is predominantly African-American. Duval County Public Schools has issued a statement reaffirming their position in maintaining the name, and asserted that they would not respond to any public petition.

In the South, we deal with the ‘heritage not hate’ debate fairly often. Every year or so, there is some uproar about a confederate flag flying over a government building, or a local business proudly displaying their Civil War era roots. While I can at least acknowledge each side of those debates, I can’t identify any reason why a public school should be dedicated to a man who violently terrorized black Americans for years.

I cannot even begin to imagine the indignation that some students feel, walking through the halls of a high school that owes its identity to the founding member of one of the most disgraceful organizations in our nation’s history. There are many aspects of our past that must remain in the forefront of our minds, as they were pivotal events that created the country we are today. While we can learn cautionary lessons from the KKK, students should not be expected to learn in institutions named for its establishing member.