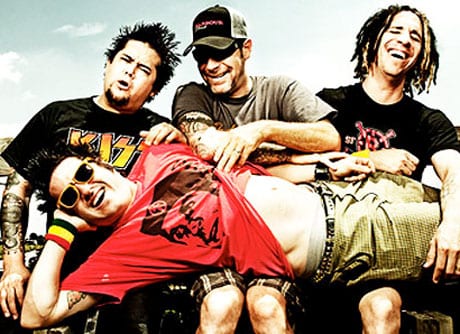 Tonight I’m going to see NOFX, the seminal Southern California punk band that is celebrating thirty-years in existence. Yes, the guys that wrote such ageless tunes as “The Separation of Church and Skate” and “Hobophobic (Scared of Bums)” are all pushing 50, and although they tout their perennial laziness regarding touring and recording – show no signs of slowing down. NOFX has achieved a level of longevity that many envision but relatively few achieve. Sure, guys like Eddie Money can cut sketchy commercials and perform for county fair attendees bent on draught-beer and deep-fried Twinkies, but this isn’t the type of longevity that most aspire to. A career of sustained-success involves a few factors, a few of which are mentioned below.

The fastest way to end up in professional purgatory is straying too far from the path. Message consistency is essential to giving yourself the strongest shot at prolonged success.

This point may seem counter to the former, but it is right in line with a formula for longevity. Any endeavor requires a level of risk to be assumed; the key is the word ‘reasoned.’ In the early-nineties, Garth Brooks was one of the biggest musicians on the planet, and then he decided to adopt an alter-ego and release a rock album under the moniker ‘Chris Gaines.’ This was not reasonable, and prompted fans to wonder if he’d lost his mind. A reasoned risk involves banking on your knowledge and expertise, not assuming another reality in some kind of odd performance art in an effort to provide something ‘new.’

Understanding Your Audience and Their Expectations

If I walked into the concert venue tonight and NOFX began playing Steely Dan covers, I would walk – no, run – out. Your target audience has a perception of you and your topic/style/delivery, and adhering to and satisfying those expectations gives you the best shot at maintaining them over the course of a career.

This shouldn’t have to be mentioned, but unfortunately there are some individuals who think that name-value should move units alone. If what you’re pushing doesn’t live up to standards, that word will quickly spread, and your career will begin to trend southward.

So tonight I will be watching one of my favorite bands that are still performing their craft at the apex of their ability, and are an example of longevity in the face of mounting odds. While enduring success at this level is usually the exception and not the rule, by following the above steps you can give yourself the best shot at achieving it.