Celebrities use Twitter for a variety of reasons. Some stick to the promotional side of things, some max-out on their fan interaction, and some like to toss back a few high-gravity ales and drunkenly rattle on about whatever happens to be on their mind at the time. Regardless of their social media motivations, following celebrities is one of the most interesting aspects of Twitter. Here are a few of my favorite celeb moments: 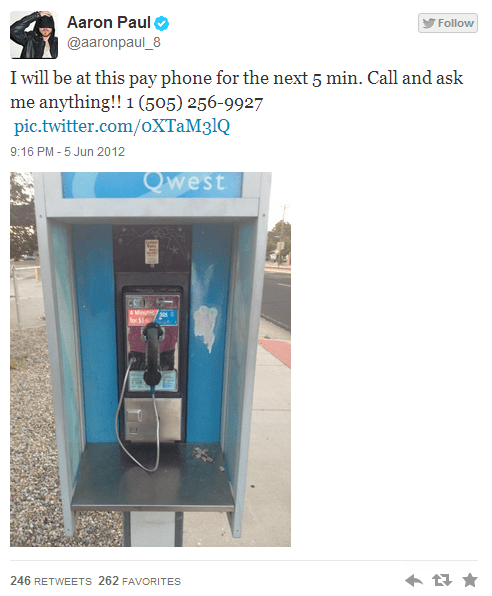 The Breaking Bad star tops my list for most creative usage of his Twitter account. While preparing for the launch of its final season last summer, Aaron tweeted a picture of a random payphone with its accompanying number, and answered fans’ questions for five minutes.

In 2012, Howard Stern and wife Beth Ostrosky spent a portion of their wishing fans a ‘Happy New Year’ who direct-messaged their phone numbers to his account. This was the second year that the King of All Media got a bit loaded on champagne and solicited phone numbers for calls and voice mails, and apparently reached out to over 50 people.

Amanda Bynes Freaking Out on Everybody 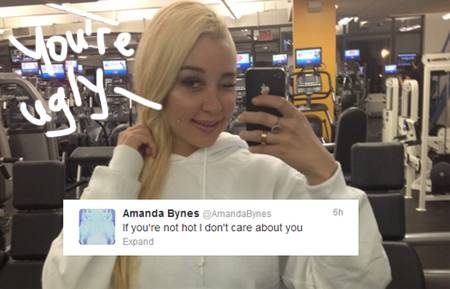 I’m not quite sure what to make of Amanda Bynes on Twitter. Is it a technological cry for help? Is it the ramblings of a crazy person, or an immense online troll-job? Whatever it is, it’s surely entertaining, and I know I’m not alone when I say that seeing Amanda call people ‘ugly’ via Twitter doesn’t get old. There’s just something intriguing about seeing a celebrity resort to schoolyard insults when feuding with other celebrities. Whatever the inspiration is for her outbursts, I say – keep ‘em comin’.