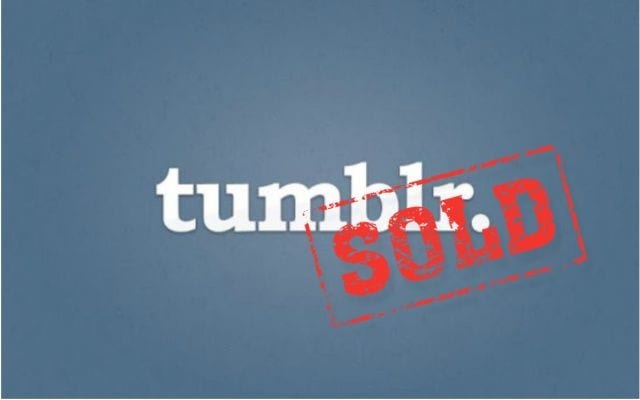 The stereotypical male midlife crisis usually includes one or more of the following: a candy apple red Corvette, ill-fitting and ill-advised attire, or perhaps a Kevin Spacey workout routine. When you’re a stalwart Silicon Valley cyber-conglomerate, however, the price-tag for feeling hip is a bit higher: $1.1 billion higher.

In an attempt to regain a foothold on the younger demographic of the search-engine market currently dominated by the likes of Google, Yahoo acquired Tumblr last Monday. A recent survey conducted by Survata revealed that Tumblr is far and away the most popular social media site for teens, and such is always the case when the elders start acting fashionable, there’s the inherent worry that they’ll ruin it for everyone. CEO Marissa Mayer addressed these fears head-on, vowing that Yahoo would not ‘screw up’ the popular blogging site or stray from the model that made it popular in the first place.

But this sweet talk may not be enough to allay the fears of Tumblr’s users. There’s been blog chatter expressing dismay that Dad’s joining the party, and if you’ve ever experienced the buzz-kill of finding the parents at the punchbowl, you’ll know just how they feel about Yahoo’s acquisition.

While Yahoo is still shy of 20 years old, the aging rate of Internet outlets may as well be dog-years on growth enhancers – things just happen faster in the technology landscape, and that includes sharp declines in popularity. In 2003 Myspace was the social networking outlet, and despite all of Justin Timberlake’s recent efforts and star-power backing, it’s still the online equivalent of Siberia. A marketplace filled with cutting-edge competitors has forced Yahoo to make unorthodox moves to remain relevant, such as purchasing Geocities and Flickr, both of which went over like lead balloons.

Will Yahoo’s billion-dollar-baby thrust the graying search engine back into profitability and prominence, or will Tumblr be the latest in their line of acquisition failures? If other outlets purchased by big-time companies, such as Instagram and YouTube, can be used as measuring sticks – all signs point to Tumblr’s continued success and a boost to Yahoo’s reputation as a stout search-engine presence. This all hinges on the promise that they stick to the formula, and like the elder statesman of the Internet that they are, use their accumulated wisdom to acknowledge their limitations, and continue doing what they do well.