What Would Dr. Gonzo Have to Say? 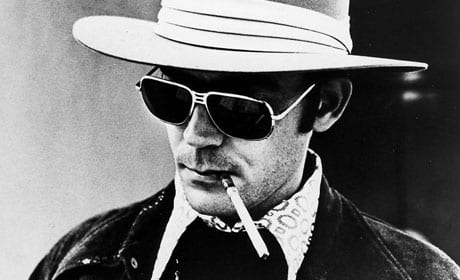 “The Edge… there is no honest way to explain it because the only people who really know where it is are the ones who have gone over.”

After one of the most mentally grueling weeks in recent memory, with people across the country seemingly losing their minds on a daily basis, I can’t help but think that Hunter Thompson would have something poignant to say. The Good Doctor always had a way of encapsulating the absurd in a palatable fashion; providing his striking brand of commentary to hot-button issues in a similar way that your taxpaying-everyman would describe trimming the hedges.

Now, I would never put words in Dr. Gonzo’s mouth, but I imagine he would find some break in the clouds among the catharsis, in the same vein to which he conducted his limitless search for The American Dream amid the chaos of the sixties. Psychedelics and Chivas aside, Thompson always had his sleep-deprived eyes directed west, toward the greater frontier of human potential.

Hunter stomached the nausea of Nixon and Watergate, the revulsions of an escalating war in Vietnam and a country divided on racial lines. Today, we endure the sustained threat of terrorism, foreign and domestic, and a fractured economy struggling to claw back from the brink of collapse. While decades separate our circumstances, the same undercurrent of perseverance flows through the American condition; the acknowledgement that although it may feel like rock-bottom, there’s always some light peeking through, somewhere.

His penchant for excess did not merely apply to the chemical variety; it fueled Thompson’s belief in the boundless possibilities available in the United States, and that many of the notions we hold about our republic and the direction it’s heading are self-limiting. We’re a nation of survivors, and the horrific events in Boston and Texas will once again prove that fact.