The March on Washington: 50 Years Later 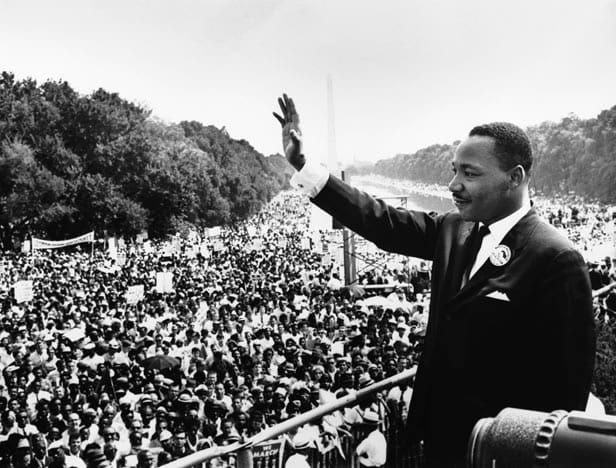 Fifty years ago, one of our nation’s greatest leaders marched from the Washington Monument to the steps of the Lincoln Memorial and delivered one of the seminal speeches in our history. Dr. Martin Luther King’s ‘I Have a Dream’ speech was a generation defining piece of oratory genius, outlining the realities and possibilities of civil rights in the United States.

Half a century later, America is still struggling to realize Dr. King’s dream, but we’re certainly eons from the blight of Jim Crow, bus boycotts and the ‘separate but equal’ mentality that pervaded the cultural attitude of the 1960s. It’s worth assuming that our country may never actualize Reagan’s vision of the shining city on the hill, but constantly striving to set the example for the rest of the globe is a viable and worthy undertaking.

While other countries around the world have doubled-down on restricting rights of certain sects of society – specifically LGBT individuals – state legislatures throughout our nation have taken immense strides to set the global example that there is no precondition on your fundamental rights at a citizen in the United States. They are inalienable, and you can trace recent civil rights court decisions and societal shifts to the words uttered from the Lincoln Memorial steps in 1963.

Like many celebrated historical leaders, Dr. King put himself in an unenviable position during his campaign to change the cultural landscape. Facing death threats, arrests and FBI inquiries as to his past and alleged political leanings, Martin Luther King Jr. continued his crusade to craft a better union. When he was tragically assassinated in 1968, King paid the ultimate sacrifice for the cause he felt absolutely necessary, and we lost one of America’s preeminent voices for change.

When you reflect back on the most pivotal moments in American history, the 1963 March on Washington remains an event that catalyzed a new vision for the United States, and set the tone for the scope of current society.